Personal Safety: How important is it to have a satellite communication device while exploring Ontario’s back country

Last week, I returned from my first ever backcountry trip. It was a kayak camping trip at French River Provincial Park that I planned with a meetup group online. Since it was my first back country trip, I spent a lot of time researching and procuring the necessary gear. I was also careful not to invest a lot of money before gaining some experience which will help me make better gear choices. One of the items that I considered strongly, but ended up not buying is a GPS Satellite Communicator. I researched and found couple of options like inReach and SPOT, but I decided to put off the purchase until I really understand the need for it. Besides, I thought whats the worst that could happen when I am out with a group?! 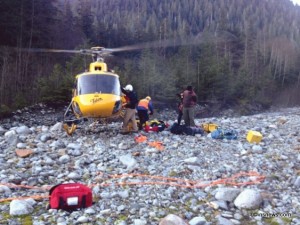 Well, I was wrong!

After our initial plan to paddle safe and sound along a predetermined river channel and return back in the same route didn’t turn out as expected, we had to come up with a plan B that involves heading into the bay and looking for an another channel to paddle back to the mainland. Now, that was very unexpected for me. Paddling in the Georgian Bay fighting against strong winds turned out to be a life and death experience for me. There were times when I had to paddle hard and non-stop to keep myself stay in the course or the wind was going to carry me into the bay. While my fellow paddlers have been very helpful many times earlier in keeping me close to them and helping me catch up with them, this time they were too busy fighting the wind themselves and could hardly look back at me.

That moment…that very moment, I thought “I wish I had brought a GPS Satellite Communicator with me”. If I had ever lost my course and got away from my group, I could have called in some one for help. It was one of the scariest moments of my life, and looking back now, it still frightens me to think about how bad things could have turned out.

Another instance I would like to quote from our trip is when some one lost her kayak to the river current just after finishing a portage. Luckily there was a highly experienced paddler in our group who was able to chase the free riding kayak and bring it back to the shore. If she were to lose her kayak, then we had no other option other than leaving her alone in the land and asking her to camp there until we get some help (which could easily take a day). I can’t image how useful a satellite communicator device would be for her in such a scenario.

There are so many reasons why such things happen. May be I chose the wrong trip considering my limited experience in paddling. May its just bad luck, that we had to change the plan at last minute. May be its the person’s mistake not to have been careful with her kayak. Whatever the reason may be, mistakes and unfortunate events tend to happen, no matter how well we think we have planned out our trip. Preparing for the worst is always a smart decision.

Most of us know Kevin Callan (also known as the ‘Happy Camper’ by Explore Magazine). He is as experienced in the back country as anyone I can ever imagine. Do you know he carries a GPS satellite phone and a SPOT device with him always? In his recent article, he talks about one of his experiences where he ended up saving a kid’s life because he had a satellite phone at his disposal.

I would like to end this article by saying: As much fun as it is to explore Ontario’s vast back country, things could go wrong in the most unexpected ways. I personally think that its very important to keep an option open to communicate with the rest of the world to seek help when it is really needed. It can be a Satellite phone or a GPS hand held device or any other equipment that serves the purpose!

Have you encountered such situation where a satellite communicator has proven to be a life saver? Please share your experiences and opinions with the rest of our readers by commenting below.